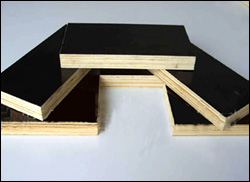 United States is the world’s largest economy and building material market. Even though the slow down since 2008, its real estate markets still consume the world’s most building materials. U.S. is north to Canada and south to Mexico. West to pacific and east to atlantic ocean.

Construction board film faced plywood is widely used in the building of concrete buildings. Unlike other countries, wood structure and concrete house are both very common in this country. The stardards of film faced plywood sold in U.S. is very high should follow carb stardards and other requirements by different states.

China manufactured film faced plywood is very popular in U.S. because of its good quality and much lower price. Brown film black film yellow film red film plywood can be supplied at customers’ request. We are the one of the largest supplier of film faced plywood in china and we are professional in it.